1995 –  The archdiocese asks parishes to consider twinning relationships.  The Peace and Justice committee form a mission subcommittee.  Mark Holtel is the chairperson.  We are put in contact with Maryknoll Sisters Tere and Marilyn. Sister Tere did a mission appeal at St. Ignatius.  The committee decided to explore twinning with this parish.  From the beginning we wanted the relationship to be more than the occasional check and letters.  We wanted mutual visits.
Sr. Tere explained that it would be difficult since she and Marilyn did not have guest accommodations.  By chance, someone knew of Fr. Bill Jansen who had room at his rectory.

1996 – October 20, Mission Sunday — The first Covenant Relationship document is signed with San José la Comunidad.  Mark Holtel and Fr. John Mattscheck travel to Guatemala to see first hand the work that Sr. Tere and Sr. Marilyn are doing in Mixco. We promise to pray for one another and share resources.

During the next year, we discern to expand the relationship to include Fr. Bill Jansen’s parish Nuestra Señora del Milagro which is also located in Mixco.

1997 – November 22, Greg Lamping travels to Guatemala.  On November 23, the covenant is renewed with San José la Comunidad.  There is a simultaneous formal signing of the Covenant relationship at St. Ignatius.
1997 – November 27, Nikki Barnett travels to Guatemala.  Greg and Nikki travel to the different chapels and neighborhoods to talk about our hopes for the covenant relationship.
1997 – November 30, we sign a formal Covenant with Nuestra Señora del Milagro Parish also with a simultaneous signing at St. Ignatius.

Since both parishes have a chapel named San José we continue to refer to both collectively as San José.

1997 – Christmas – The first St. Ignatius Music album is produced and proceeds go to the Clínica Daniel Comboni.  Channel 12 News does a news segment, the 10:30 Music Group plays live on the air, Jenny Bates is the group leader. Donates proceeds of the album to the Clinic, $5000.

1998 – April – We receive the first group from Fr. Jansen’s parish of Nuestra Señora del Milagro. Travelers include Guisela Sinay, Dorotea Chuy, Eduarda Tubac, Rodorico Marroquin, Odilia Marroquin, Rogelio Chaper, and Fr. Bill Jansen.
They are welcomed by a number of families in the parish who host them for meals and lodging. They visit virtually every group at the parish.  The trip is recognized in the Catholic Telegraph.

1999 – Mark and Lorraine Holtel return to Guatemala spending time in both parishes.

2010 – Trip canceled, all Guatemalans are denied visas to visit the United States.

2012 / 2013 – December, Linda Trenn travels to Guatemala from St. Ignatius parish, as a Lay Associate of the Sisters of Charity. Linda is working with Sister Sarah at the Clinic and with Francois at the school. She is living in Guatemala for the year.

2013 – August 5 through 13: St. Ignatius Parish is planning another trip to Guatemala. 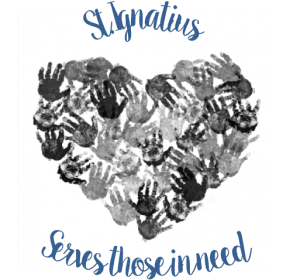 McCreary County is located in Appalachia in Southern Kentucky near the Tennessee border. The Sisters of Good Shepherd operate out of a small residence connected to a second-hand clothing shop. The space has an attached Chapel. The space at one time was an automobile repair garage.
The Sisters minister to the families of the area, both Catholic and non-Catholic. Many of the men are former coal miners. The coal mines were closed many years ago leaving no means of financial support for the families. The people have little education, but still find odd jobs to do and make mountain crafts to support their family. The Sisters offer Vacation Bible School programs during July, a pre-school program working with young children and their moms during the year, plus coordinate other groups who come to assist in other projects.

St. Ignatius has been able to assist the Sisters and residents by providing new toys and gifts for their children’s Christmas party. Our school’s toy collection in November and also toiletries and personal items donated through our Cart Sunday support this Christmas party.

The McCreary Outreach Committee meets several times a year to plan and coordinate the programs. Cart Sunday collection is typically planned for the first weekend in Lent. The school’s Thanksgiving Toy Collection is held on the Tuesday before Thanksgiving.

St. Peter Upendo Parish is in the resettlement area of Upendo (population 1,000) in Molo, Kenya.  This resettlement area was created in 2005 on land donated by the Catholic Archdiocese of Nakuru in the wake of brutal election violence.

Daniel Odipo, a native of Molo and now a St. Ignatius Parishioner, joined St. I’s Men’s Society in March, 2013.  As we looked for projects to help their parish through Daniel we did beginner things like donate a beautiful hand-made cross from Deacon Tony and provide funding for some church pews and for choir uniforms.

In April, 2016 the Holy Father’s Prayer for the month was that “Christians in Africa may give witness to love and faith in Jesus Christ amid political-religious conflicts “. After prayerful reflection and direction from the Holy Spirit, the Men’s Society responded to the Holy Father’s call and started work on petitioning St. I’s Pastoral Council to make St. Peter Upendo Parish an official mission parish.

After an request/presentation by the Men’s Society at the August’16 Pastoral meeting, St. Peter Upendo was made a official St. I’s Mission Parish joining St. Leo’s, McCreary County and Guatemala. They were named the school’s mission collection for Oct’16.  That collection raised over $2,000 which enabled Daniel to deliver donated clothes/priest vestments and the 1st shipment of water purifier packets on Christmas Day 2016. There was also a  Parish Special Collection in Mar’17.  Upendo is the Swahilian word for “Love” and due to the incredible generosity of St. I’s, we have been able show that love for our Catholic Brothers and Sisters by:

Check out  https://ignatiusmen.org/ for more information on St. Peter Upendo!

Your browser is out-of-date!

Update your browser to view this website correctly.Update my browser now